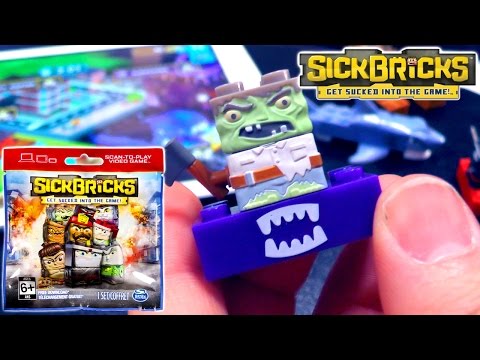 We have a first look at Sick Bricks the new Skylanders style game that leverages a collectable line of brick character toys.

In a Lego Video-Game style game on iOS and Android Sick Bricks has some great combat game-play. Place your Sick Brick toy in front of the tablet camera to scan them into the game.

Not only that but like Skylanders Swap Force you can mix and match heads and legs to combine different abilities from different characters.

We also get a sneak peek at the Epic Monster playset that offers three big monster creatures that combine to create a super-sized larged monster. Both the small and the large characters can be scanned into the game.

We look at the different packs and characters before the very first live Blind Bag opening.