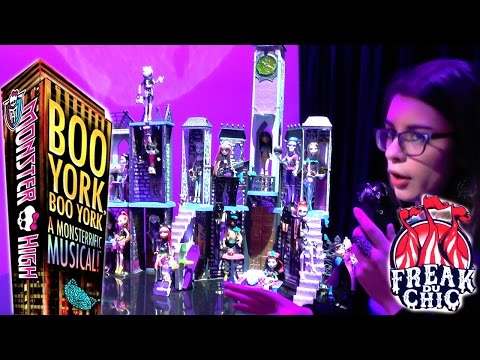 There will also be a playset for this line, including an exclusive Rochelle Goyle doll. There’s also a new character called Gooliope Jellington who is a giant blob girl.

Finally we take a tour of the huge Monster High high school that can display 30 dolls with Gothic style and wrought iron.