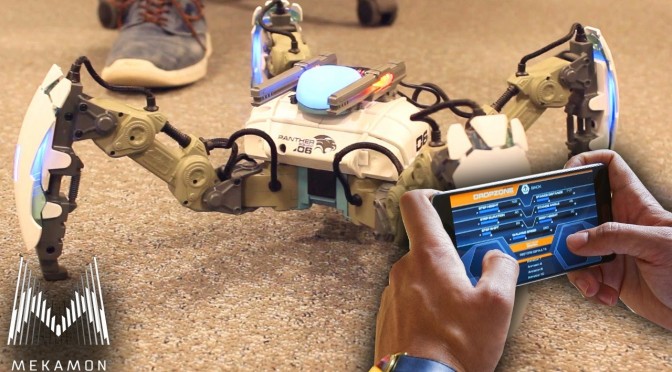 We get hands on with Reach Robotics new robot MekaMon. This is a high tech robot that moves like a spider and battles like a Call of Duty robot drone.

We have a look at the Trailer as well as Gameplay footage from Reach Robotics themselves.

$329 for MekaMon Starter Pack that includes the full robot and download of the app to control the gameplay.