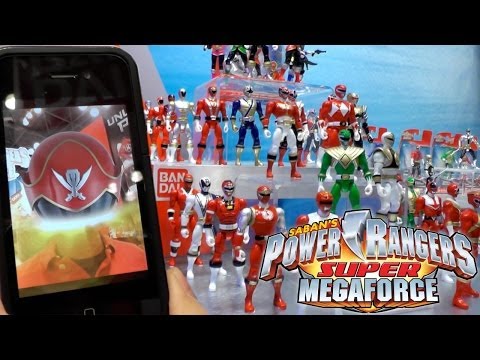 Bandai is a brand that peppers my childhood memories. However, my children’s toy chest seems strangely missing many toys from the manufacturer. This is something it means to rectify with both Tamagotchi and Power Rangers products getting a refresh this year that draw on the history of the products I remember from younger years.

This year’s show, Power Rangers Mega Force includes a toy-savvy ability of the Rangers to transform into their historic counterparts from the previous 20 or so seasons (I had no idea it had not missed a year or been so long). This not only means the TV show can dust off those old Ranger costumes, but the toy line benefits from an influx of classic characters.

This is not without its challenges though. While fans of the show will no doubt relish the re-released figures, parents may roll their eyes at such an extended line of toys this year. Balancing these two audiences has always been something that Bandai has done well with Power Rangers, but this year will be even trickier.

The best of its work here is on the re-released classic toys, complete with packaging that replicates the products under Christmas trees in years gone by. The limited edition “Tommy” Legacy Morpher and Legacy Dragon Dagger not only hook into fan’s nostalgia for the toys, but also favorite Tommy Green/White Ranger.

Add to this the released replica Zord toys like Titanus, Green Dragon (which both morph with the re-released Mega Zord) and you have the makings of a rather exciting (if a little expensive) holiday season for new fans and collectors.