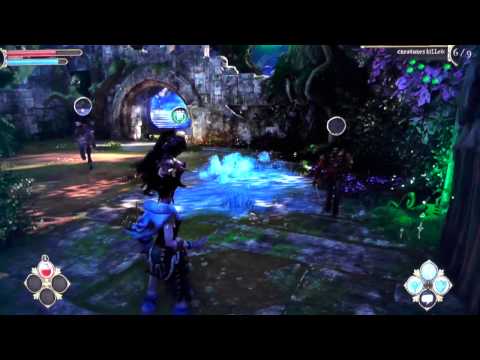 We have a look at the new Fable game with a twist in its tail. Essentially this is an arena battle game with a story through line from the Fable universe.

In the video we ask the Game Director whether this really is still Fable. Although this may raise the heckles of dies in the wool Fable fans, for those with eyes to see it offers a really fresh way to play in the Fable world.

Four players work as a team and pick distinct character classes, while a fifth person can play the villain and orchestrate the battle from another Xbox One.

The result is a highly tuned combat romp with all sorts of tricks and tactics that come into play. In the hands-on session at the Xbox Showcase I was more than a little surprised at just how compelling, and how much like Fable, the game felt.

We played as Winter, making use of her ice, powers. Wrook, Sterling and Inga also looked really interesting.