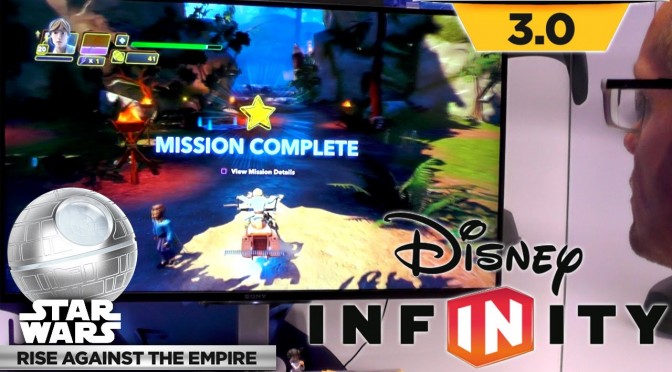 With less than a month until the release of Disney Infinity 3.0. The game has been doing the rounds at Gamescom and we’ve been fortunate enough to get hands on with the Rise Against The Empire playset. In our previous videos from E3, you’ll have seen us explore Hoth, but this time, we get to take a look around the forest world of Endor, primary setting for Return Of The Jedi.

In this first video from the show floor, we’re sent on a mission by Lando Calrissian to try and locate a Speeder Bike. It looks like it’s being guarded by some of the empire’s forces, including a few Stormtroopers, so we’ll have to have our wits about us and use the force to get through…although our Lightsaber should come in handy too.