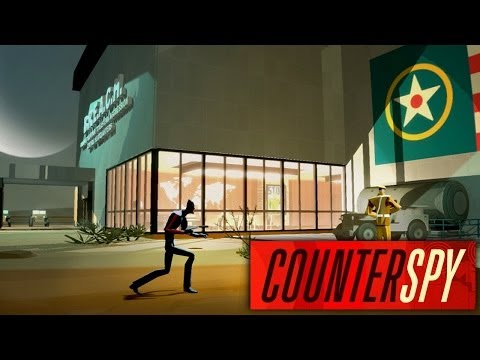 Counter Spy is an action shooting game from Dynamighty with assistance from SCE Foster City Studio, which previously worked on Uncharted, Infamous, and Resistance.

We spoke to Alex Lee (Producer) who explained Counter Spy’s premise. “It’s set in 50s and 60s spy mythology where the player is trying to balance east and west super powers to stop a plan to nuke the moon. It sounds crazy but this is based on an actual plan from the 50s and 60s.”

“The game is completely procedural so every time you play through, the bases are different and random. At its heart it’s a 2D platformer, but switches seamlessly to a 3D cover shooter.”