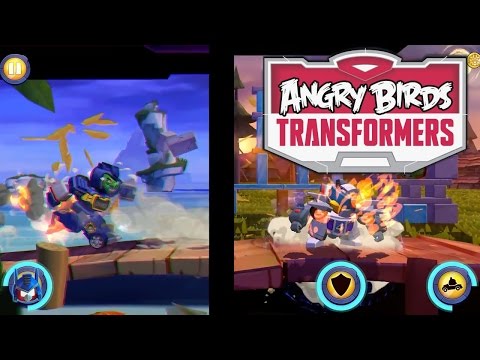 With the release of Angry Birds Transformers in a few select locations around the world, we’ve had an opportunity to go hands on with the game ahead of it’s global launch on iOS on October 15th (October 30th for Android). As we saw in the recent gameplay trailer, Angry Birds Transformers combines the auto running style familiar in many mobile titles with a rail shooter akin to games like Time Crisis.

In this first Let’s Play, we’ll show off the early levels in the game with Optimus Prime (Red) and Bumblebee (Chuck) as they fight against the pesky Eggbots, the creations of the Eggspark. Plus, we’ll see how transforming is used to evade obstacles and seamlessly integrated with the run and gun action. Alongside the gameplay, we’ll check out all the freemium aspects of the game, the time blocks, coins and gems, plus the pricing of the optional in-app purchases that can be activated to buy them.