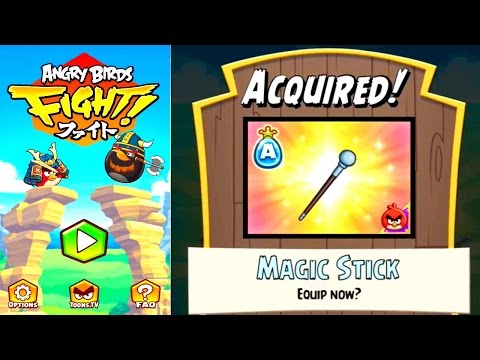 Angry Birds Fight! is the latest expansion of the Angry Birds Brand, mixing a one on one multiplayer battles with fast and frenetic match three puzzles to create a much more action orientated title than is usual for Rovio. There might not be as many explosions as in Angry Birds Transformers, but the ability to dispatch your enemies with a frying pan never gets old. It’s only available in Thailand at the moment, but we’ll let you know as soon as it goes global.

After our first foray with the game, we once again flap into the breech and go toe to toe with players worldwide to knock them off their perch. With a limited number of players playing the game at the moment due to it’s restricted release, it can occasionally be a challenge to find a match, but once you do, there’s no denying it’s a whole lot of fun whether you win or lose. The in game store is now working too, so we can check out the variety of in-app purchases available to fans of the game; and there’s also some new weapons and armour available to aid us in our bid for glory!