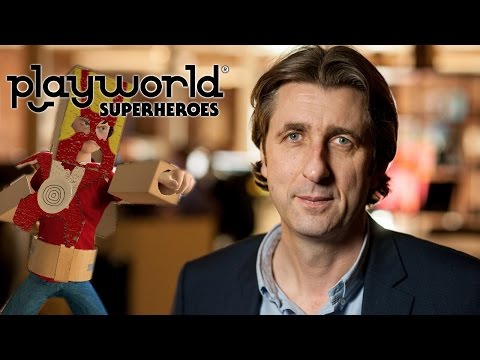 We talk to Martin Kenwright Starship CEO. The man behind the Playworld Superheroes games.

Official blurb and background:
With more than 29 years of experience gleaned over the course of 30 games across multiple platforms, Starship CEO Martin Kenwright remains a formidable industry figure.

His serial and visionary ability to define the future of entertainment for consumers has seen him rack up six number one games. Business and creative milestones have included launch titles on trailblazing new platforms including PlayStation 2, 3 and 4, perfectly demonstrating his ethos of designing for the future.

After a five year enforced sabbatical following the 2007 sale of Evolution Studios to Sony Computer Entertainment Europe, the one-time winner and three time Interactive Academy Award nominee returned in 2013 with Starship, his most audacious endeavour to date