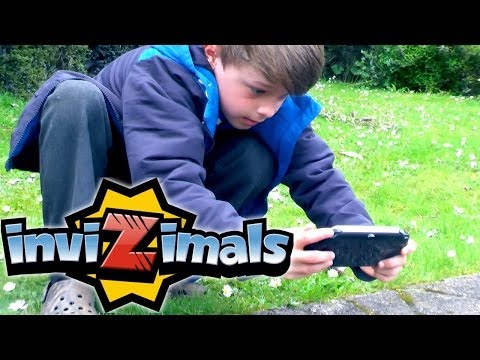 Here is our family review of the new Invizimals games. Invizimals Lost Kingdoms and Invizimals The Alliance offer a new level of augmented reality game play while also integrating the related cartoon and Panini cards.

We take the Vita game in hand and test out how the augmented reality copes in the bedroom, garden and all round the house.

After playing for just a few hours it seems the kids have found their new favourite electronic past time.

Complete with new capture minigames, Invizimals™: The Alliance delivers a magical experience like no other and with the ability to evolve your Invizimals to boost their capabilities and build a collection of 150 of the unique creatures that you hunt, capture and battle on your PS Vita there really is no end to the fun!”