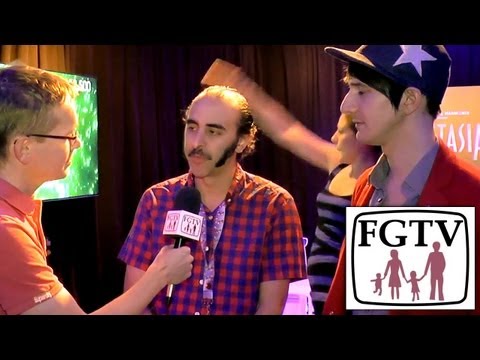 We caught up with Daniel Sussman and Matt Boch to talk about their new Xbox One game Fantasia Music Evolved. They discussed the differences between this game and a Dance Central game. Boch suggesting that “It’s not choreography and far more accessible, it’s all about remix conducting.”
In terms of ability Sussman described having a “high ceiling” for what players can achieve, while at the same time making it accessible for younger players.
Boch discussed the differences about the Xbox One version which will offer “higher fidelity visuals and tracking in a smaller space”. “It may not reek of hard-core game it’s a unique and new thing, and for any gamer you don’t want to play the same game over and over again. For that reason it should appeal to anyone who loves games.”
In terms of the Disney angle it was good to hear that Harmonix had a free hand and could bring Walt Disney’s vision for Fantasia into the modern console era.