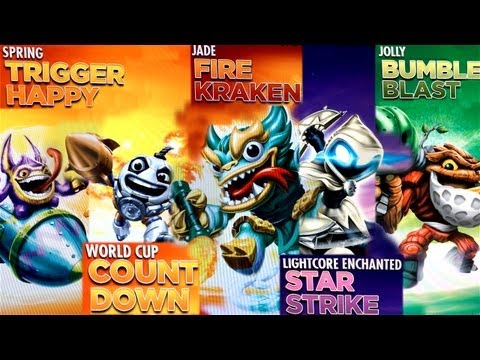 There has just been news online about a set of Swap Force variants that offer different versions of figures tied to particular seasons. The following figures popped up on the official Skylanders website for Germany.