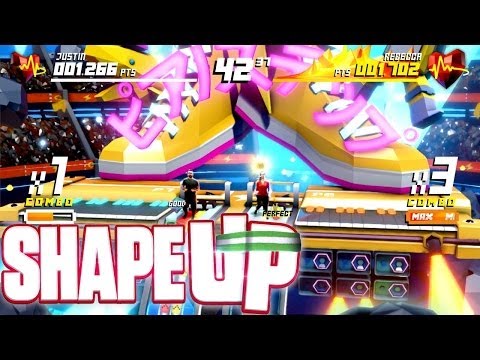 We have a hands on with the developer of Shape Up. This is an Xbox One only Kinect game that re-imagines the fitness genre.

Unlike other games this takes things in a retro arcade direction with crazy challenges and maxed out visuals while keeping at eye on accurate fitness feedback and detection via the new Kinect camera.

This is an Xbox One only game that will make use of both the processing power of the Xbox One and greater accuracy of new Kinect — apparently not possible on 360 Kinect.
Shape Up will be available on Xbox One in November.