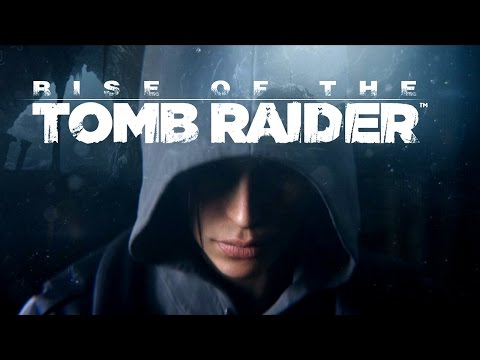 It’s important to note that Rhianna Pratchett, who is part of the writing team for the game, has highlighted that the trailer shown at E3 is “a marketing trailer, done to showcase a particular direction” and “not an in-game cinematic” (https://twitter.com/rhipratchett/status/476693943401586688). The trailer shows Lara in therapy, which some commenters have considered problematic since plenty of male video game protagonists go through similar experiences without being shown to need psychiatric help (though who knows what Nathan Drake gets up to in his downtime).

The point of this set-up is clear, however. The therapist provides the narrative voice, bringing the audience’s attention to the effect the events of the first game have had on Lara and thus leading us to speculate on how she will have changed for the second. He mentions that she has had flashbacks but that they’ve now gone away, which suggests that she has in some sense moved past the events of the first game, for better or for worse.

In one scene, she shoots a man in the back of the head, which is certainly far from the terrified self-defence at the beginning of the previous game. In the next, she talks about people becoming “who we’re meant to be”, which further suggests that this version of Lara is moving closer to that of the older games. This reboot series isn’t technically a prequel to the older games, despite showing a younger Lara, but despite changes to backstory the character has several strong consistencies, and it looks like we’ll see that more in this next game.

I took some stills from the trailer to discuss further:

1) At one point, we see a bear chasing Lara through a forest. This isn’t a flashback from the first game, in which Lara was regularly attacked by wolves, but suggests we’ll see more dangerous wild animals in the next. Those who’ve played the older games will be familiar with that kind of danger, though I doubt we’ll see any dinosaurs in this one; despite the supernatural angle to the first game, the reboot seems more interested in gritty realism.

2) Lara slides down the side of a mountain, only saved from a deadly fall when she digs in her climbing tool at the last minute. I enjoyed using the climbing axe in the first game, so I’m glad to see something similar here. And, of course, this scene also shows that Lara will likely face just as many close shaves as in the first game, in which she regularly scrambles over buildings that are collapsing beneath her and the like. The panorama the camera sweeps to as Lara catches herself hints at the kinds of sights we’ll get to see in the new game, presumably thanks to the power of the new-generation consoles.

3) As I’ve said, Lara shoots a guy in the back of the head. I’m glad to see her using a bow and arrow, which was my favourite weapon in the first game despite the range of guns on offer, but not sure what to make of her actions. The scene is open to interpretation: is she taking him out because she knows he’ll kill her if he finds her, or just because she doesn’t want to take the chance?

4) The final scene of the trailer is the strongest hint that this Lara is moving closer to the character’s roots. I really enjoyed the previous game, but the tombs – while fun – felt like a side activity. Perhaps in the sequel, without as much need for telling Lara’s origin story, the tombs will take more of a central role. We’ll find out some time next year, when the game comes out.