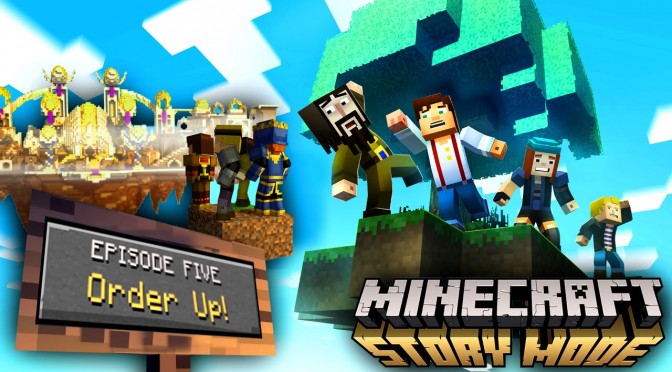 Minecraft Story Mode will be a total of 8 episodes with Episode 5: Order Up bridging to a series of three adventures in Episodes 6, 7 and 8.

The three chapters are discussed as “continuing Adventures of the New Order of the Stone following the additional escapades of Jesse the group as they explore new and unfamiliar worlds beyond their own”. Certainly, this sounds like each offers a different location that is self contained rather than a single ongoing adventure.

Although already known about, today is the first official confirmation of a release date for Episode 5: Order Up that will be available on March 29th on PC/Mac, Xbox One, PlayStation 4, Xbox 360, PlayStation 3, and iOS and Android-based devices.