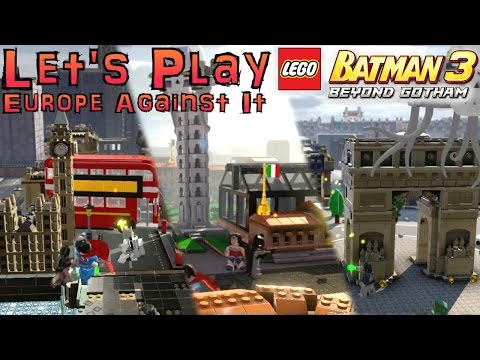 We take a quick run through of the Europe Against It level visiting the three miniature cities of London, Paris and Pisa.

Each city is created in miniature detail because Braniac has shrunk it down to minute size. But he then creates super sized versions of minature objects to block Batman’s path. Sounds complicated but makes more sense in the game.