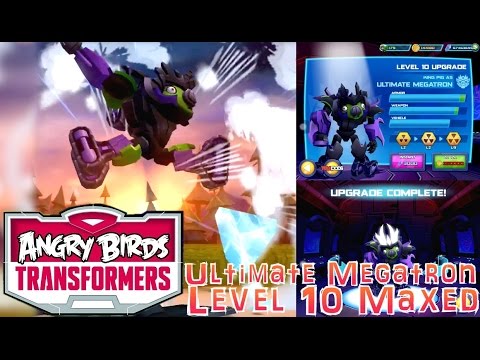 With the global release of Angry Birds Transformers on iOS and the upcoming release at the end of this month on Android, we dive back into the game to check out what’s changed since the original soft-launch. We’ll take a look at all of the unlockable areas of the world map and reveal the location of all of the unlockable characters in the game.

After some concerted effort, we’ve also managed to slay enough of the bad piggies to unlock one of the two most expensive characters in the game. 2500 pigs will allow you to unlock Ultimate Optimus Prime or Ultimate Megatron. We decided to go with Megatron and we’ll use our abundance of gems to uprade him all the way to Level 10 and then take him for a spin.