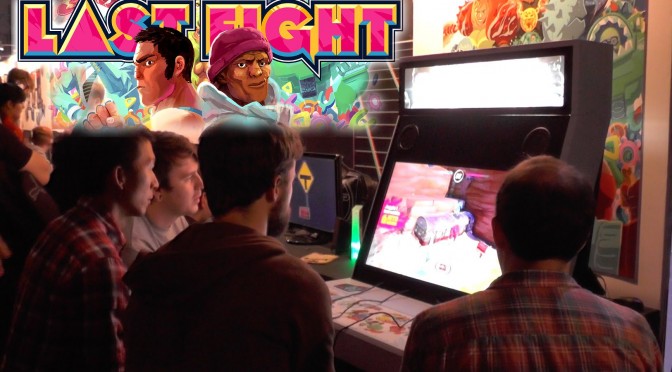 If you remember Capcom’s Power Stone series, or indeed Final Fight, then this is for you. Lastfight picks up where these games left off while adding in narrative and characters inspired from the French comic book Lastman,

The frantic fighting action was underlined in our demo session with the game running on an old school arcade cabinet. It offers a full list of 10 characters from which four players pick to fight in arena style battles.

Lastfight is planned for release on PC and all consoles in 2016. It looks fantastic not least because the art is by French artist Bastien Vives.