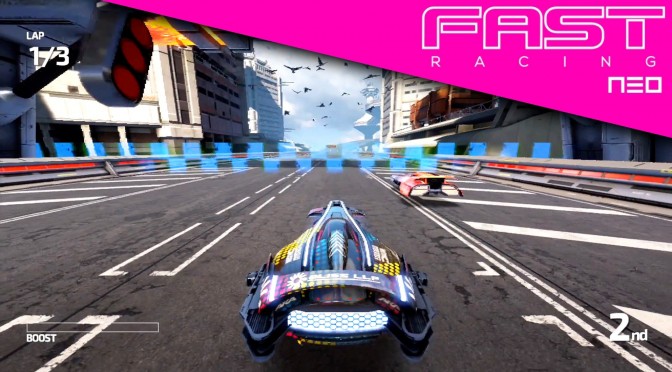 FAST Racing Neo hits the Nintendo eShop for Wii U on December 10th and we’ve taken a look a the early single player Championship levels to see how it stacks up against classic titles such as F-Zero and Wipeout.

The inspiration is certainly there, with anti-gravity racers and crazy tracks in wild futuristic environments, this is certainly not just another Kart racer. Even with the introduction of anti-gravity in Mario Kart 8, FAST Racing Neo feels like a very different beast, where the focus is very much on speed.

The vehicle and level design makes the game stand out from the crowd, especially on the Wii U, where games can often feel a lot more whimsicle. FAST Racing Neo is definitely a more serious racer, but it maintains that arcade feel and accessibility.

With single-player, local four player multiplayer and eight player online multiplayer, FAST Racing Neo is shaping up to be a staple racer for Wii U owners for the forseeable future.