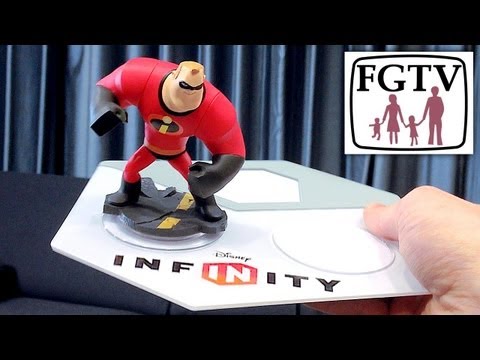 Disney Infinity Hollywood launch event details 30 “Skylanders” style action figures that unlock content in the game, starter packs and hands on game play. The toy figures grant access to equipment and areas in the game and save money earned back to them via the Infinity Base (Portal of Power) peripheral that plugs into consoles via USB, 3DS via Infrared and iPad via Bluetooth.
I had hands on with the game and was impressed at the variety of game-play – not just hitting and shooting as in Skylanders, but also climbing, flying and driving. Visually this builds on the Toy Story: The Video Game engine that also enables players to construct their own games collaboratively. It offers local two player co-operative game-play in the campaign for each of the film franchises as well as online four player co-op.