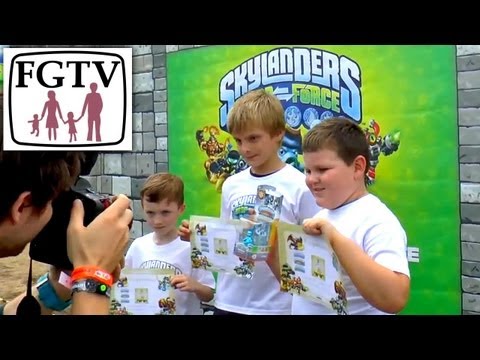 We were at the Lollibop festival’s Skylanders finals played on Skylanders Giants and Skylanders Swap Force levels. The official championship was run in the UK, with entrants having to get through stiff competition at regional events held at the Game stores before heading to London’s Olympic Park for the final show down.

After hundreds of battles and competitors James Tub was crowned as Official National Champion of Skylanders for 2013. He won a host of goodies, not least all the Skylanders Swap Force figures and games as they are released through the year.

We were hosted at the finals by Activision to spread the word about the championships that seem likely to become a yearly tradition for the toy-meets-game franchise, and may well spread to other territories before too long.