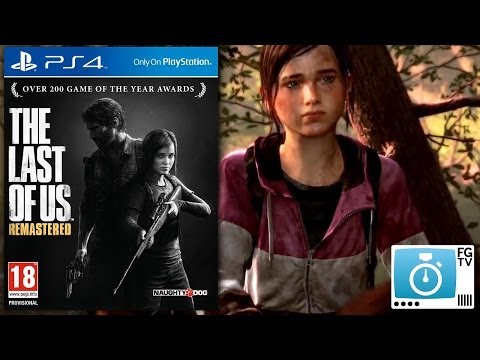 10 things families should know about The Last of Us Remastered, the highs and the lows all condensed into 2 minutes.

1. Genre and story
The Last of Us Remastered is a third-person action game, which means that you view the characters you control from the outside (rather than seeing the world through their eyes) and that you will spend a large part of the game in action, in this case moving through the world and fighting both mutants and humans.

For most of the game, players control Joel, a man who has lost an awful lot as a result of the infection that turns people into mutants and has wiped out most of the population. Occasionally, you get to control Ellie, the young girl who is immune to the infection and so may be humanity’s last hope for a cure. But the focus of this game is not on end-of-the-world drama, as is shown by the fact that after the prologue time leaps forward to twenty years after the outbreak. With things relatively settled, survivors grouped together in organised quarantine zones or more independent camps, the apocalypse is just a backdrop to the story of Ellie and Joel, and their journey from strangers to something like family.

2. Developer:
The developers — Naughty Dog — were previously responsible for the action-movie style Uncharted series, and before that the more cartoony Jak and Daxter and Crash Bandicoot.

3. Platforms:
As with the Uncharted series before it, The Last of Us Remastered can only be played on a Sony console: the PlayStation 4. You cannot buy it for the Xbox One or even PC.

5. Length:
Expert players can get to the end of the story in around 15 hours, although newcomers or those taking their time may take up to 20 hours. The included DLC takes a further couple of hours. If you want to explore fully and collect everything, expect the game to last a few hours longer.

6. PEGI/ESRB rating:
This game has a PEGI 18+ rating in Europe and a Mature rating in the United States, which means it is not appropriate for players under the age of 18. The Entertainment Software Rating Board provides the following content descriptors to justify the M rating: “Blood and Gore, Intense Violence, Sexual Themes, Strong Language”.

7. GRA consumer information:
As reported by the Games Rating Authority, “Strong language […] is used frequently.” This includes the four-letter ‘f’ and ‘s’ words, and isn’t limited to adult characters; part of Ellie’s character as a teenager who has grown up in this post-apocalyptic world is that she doesn’t — because she can’t — act like a child.
http://gamesratingauthority.org/pegi/search_aci.html

8. PEGI/ESRB detail:
The Entertainment Software Rating Board goes into detail on the violence depicted in the game, clarifying that you don’t just witness it in cut scenes: “players […] use a variety of weapons (e.g., pistols, rifles, explosives, spiked bats, steel pipes, and blades) and melee attacks to fight off infected mutants and other human survivors. Players can also employ stealth kills (e.g., strangulations, pistol executions, stabbing attacks).”

Even for an adult player there may be some scenes that make for uncomfortable viewing. The Entertainment Software Rating Board highlights the fact that “Several attacks result in decapitations and dismemberment”.

10. Why people play:
It might be the incredible graphics and action legacy of Naughty Dog after the popular Uncharted games that attracted players to The Last of Us, but it’s the story and characters that have made people rate it so highly. Parents in particular will be touched by this exploration of a paternal relationship, and should consider checking the game out.