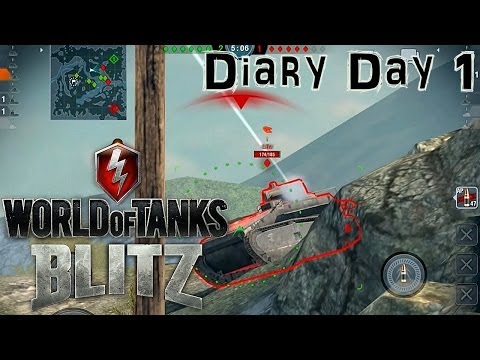 We have a daily diary on the new World of Tanks Blitz game for iOS iPad and iPhone.

World of Tanks Blitz is the the iOS version of the extremely popular PC & Xbox 360 game World of Tanks. When you usually think about PC or console games making the move from the big screen to the iPad you tend to assume that features will drop and the experience will be lessened by the move.

World of Tanks Blitz, however, is essentially the PC game squeezed onto the iPad and the same attention to detail, customization options and experience is almost identical.

With some fantastic visuals all that’s been downscaled are the match sizes from 15 to 7 players per team but that’s still enough to give you a sense of frenetic fire when playing a game.