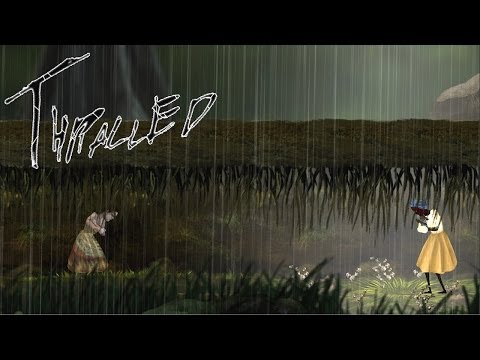 Thralled (http://www.thralled.org/) is set in Brazil of the 1700s. Portuguese rule has brought misery upon the slaves subjugated to work amongst the dreary sugarcane plantations. Isaura is a young woman captured from a small village in the Kongo, separated from her child and forced to work on the plantations.

“It’s about exploring your memories and your relationship to them.”
“[Isaura] is the antithesis of most video game characters who are usually super strong invincible white male heroes. Here we want to transmit a feeling of normalcy, of vulnerability. It’s not about strength it’s about love. It’s not about power but affection.”

. “Everybody has experienced the mother-child relationship but they haven’t experienced slavery, this is a link we are trying to establish by emphasising that this is a person like us going through this. There are people today going through slavery. Both colonial slavery that affects us through phenomenon such as racism as well as human trafficking, and it’s subject that’s not talked about enough.”

. “I’m from Portugal the nation that pioneered the transatlantic slave trade. People keep very hush hush about it in my country. I think it’s irresponsible not to talk about our past. I think we should be talking about it for all the consequences it had.”