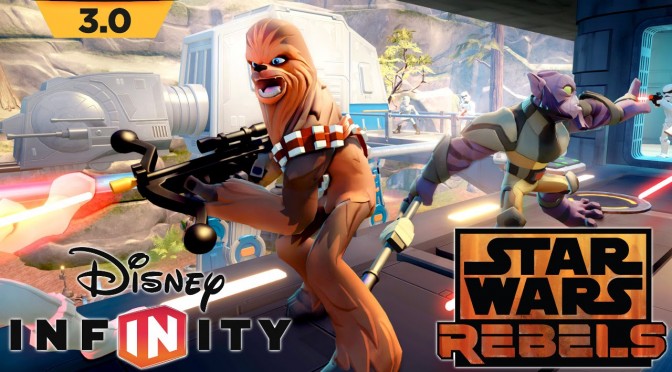 This, it seems, refers to the Crossover Coins that can be discovered to let you bring any Star Wars character into any Star Wars play set. Of course you can use any of them in the Play Set from the off, but being able to use them in the adventures is a nice addition this year.

Here’s a break down of the characters announced so far from Rebels.

– Jedi turned rebel fugitive, Kanan Jarrus leads his team in secret operations to help overthrow the Galactic Empire. He defends the innocent with his blaster and Lightsaber and guides his Padawan, Ezra, in the ways of the Force.
– Growing up on his own, Ezra Bridger relied on his street smarts – and subconscious Force abilities – to survive on Lothal. That changed when he met the Ghost crew; Ezra came to believe in their cause, and with the help of Kanan, began to learn the ways of the Jedi, using his custom Lightsaber to undermine the Empire and inspire the rebels.
– Sabine Wren has explosive talents for art and demolitions alike, and she won’t hesitate to use them against the Empire. She can stealthily approach and sabotage the enemy or stand alongside her rebel allies to lend her twin blasters to the cause.
– Zeb Orrelios is as strong a brawler as he is headstrong. He stands alongside his fellow rebels with his bo-rifle in hand, ready to take on the Imperial forces.