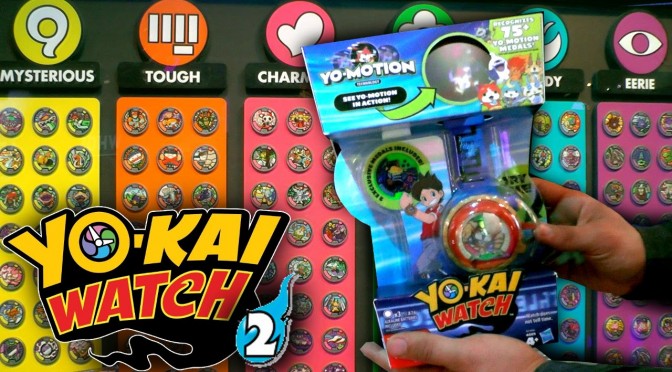 We take a look at the new toys for Yo-Kai Watch from New York Toy Fair. We have a full run down from the Yo-Kai Booth in the Hasbro zone.

We get a run down of the full set of Yo-Kai Medallions including which forms are available and which Legendary characters.
Brave, Mysterious, Tough, Charming, Heartful, Shady, Eerie, Slippery

Then we get the big reveal of a trading card game with starter packs and blind card packs. Yo-Motion Series 2, Season 2 watch that includes unique animated projection movie.