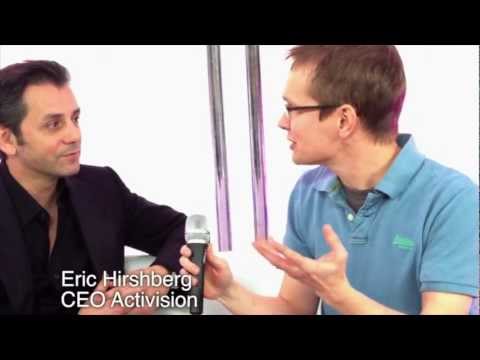 He introduces the strategy behind Series 2 figures, LightCore figures and Skylanders Giants.
Track new US Skylanders: http://amzn.to/skylanders-us
Track new UK Skylanders: http://amzn.to/skylanders-uk
(6.20) He also talks about Game and Game Station’s struggle at retail and how Skylanders requires high street shops to be sold.
(5.30) He shares a Skylanders poem by his son, J Hirshberg five years old, called “Even though I’m little”:
…If I were a Skylander I would be strong
…My powers would be that I could freeze all the bad guys
…I throw hail down on them.
…I could skate on land without being on ice.
…I could belch giant ice blocks that slide into them.
…I would also have a laser so I could split my ice into little pieces;
…that would splatter all over the bad guys.
…If I were a Skylander my name would be Ice Breaker
…And even though I’m little I’m huge.