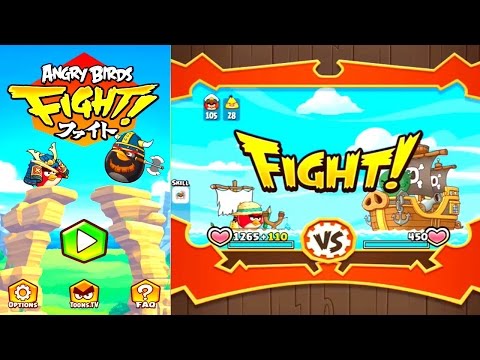 There’s seemingly no stopping Rovio in their attempt at global domination with the Angry Birds brand. The latest game to slip into the appstore is Angry Birds Fight! which was soft-launched in Thailand recently (yes Thailand!). Now before you groan at the idea of yet another Match-3 game, because at it’s core that’s what this is, don’t be disheartened. This is a little bit different to most and a whole lot of fun.

Half-way between a Match-3 game and the lite RPG experience of Angry Birds Epic, Angry Birds Fight provides an even lighter RPG experience than it’s sibling. Characters earn experience by battling those owned by other players, new characters can be collected and all of them can be customised with a variety of weapons and armour. However, it’s a timed Match-3 aspect that tries to level the playing field. Your success at creating chains within a 30 second time limit drives up your attack score and ultimately your chances of success during the end game, a one on one fight with your opponent.

The game is considerably more fast and frenetic than a lot of it’s Match-3 and Angry Birds brethren. Those with quick reactions and good observation skills are sure to have the most success, so it’s time to start practicing!