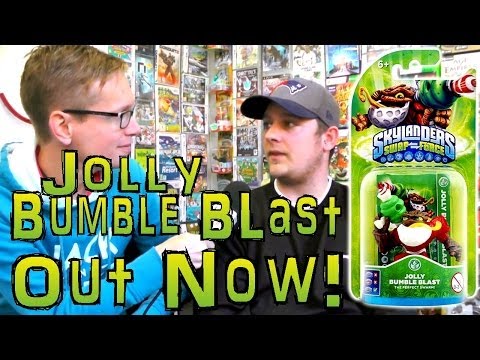 We get a retail update from Roland Rogers and take a look at the seasonal Jolly Bumble Blast Skylanders Swap Force character. We also talk about loyalties with PlayStation and Xbox, including Titanfall and the Call of Duty Ghost resolution controversy.

Official Blurb: “Add Jolly Bumble Blast to your Skylanders team and watch the action unroll as you take on every threat with amazing powers and abilities. With more than 55 Skylanders to collect and the ability to swap powers with other Skylanders: SWAP Force characters, you can create epic combinations for the awe-inspiring skills you need to protect Earth and save Skylands. The included trading card and sticker sheet with a secret code give you the opportunity to display your Skylanders fandom. With the power of Jolly Bumble Blast on your side, you stand a chance in defeating the threat and saving Skylands from a terrible fate.