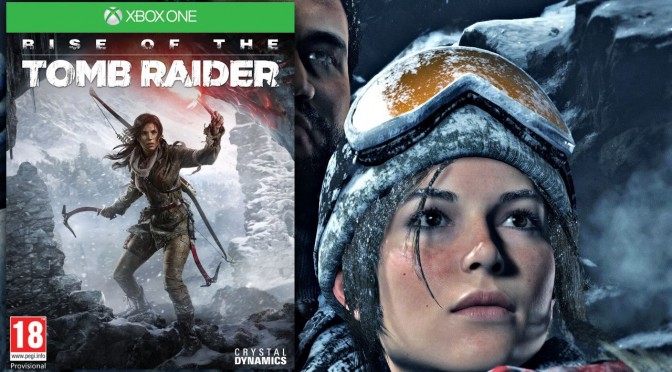 Parents Guide to Rise of the Tomb Raider

1. Genre
Rise of the Tomb Raider is the sequel to the 2013 reboot of the classic series. Again, it’s an action-adventure game in which Lara Croft explores environments, kills enemies, and along the way collects items and learns new skills.

Actions in the game include fighting enemies with a variety of weapons, solving environmental puzzles, hunting animals and crafting items from their pelts, and generally running and climbing around. Some actions require players to press buttons quickly in reaction to prompts.

Tomb raiding, which involves finding hidden tombs and solving puzzles to get to the reward within, is often an optional side activity. Movie-like cut scenes tell the story.

There is no multiplayer.

Rise of the Tomb Raider is similar to its prequel, and both seem to draw inspiration from games like the Uncharted series.

2. Story
One year after the events of its predecessor, Rise of the Tomb Raider sees Lara in Siberia seeking a mythical source of immortality. In this journey she follows in the footsteps of her late father, who appears to have killed himself. Like him, she is discredited for her belief in the supernatural, her experiences having been covered up by an organisation known as Trinity that wants to reach her goal before she does.

4. Format
While it’s due to release on PC and PS4 next year, currently Rise of the Tomb Raider is only available on Xbox One and 360 for up to £49.99/$59.99. A Deluxe Edition, which includes a season pass that will give players access to future downloadable content for the game, costs £69.99/$89.99.

5. Duration and Difficulty
Like its predecessor, Rise of the Tomb Raider can be completed in around 12 hours. Collectible items and the optional tombs will provide players with many more hours of play.

Some players may have trouble with the quick-time events, but those with experience with these kinds of games shouldn’t find it too difficult to progress through the story.

6. UK Rating
In the UK and Europe, PEGI rates Rise of the Tomb Raider as only appropriate for those aged 18 and older for extreme violence and strong language.
http://www.pegi.info/en/index/global_id/505/?searchString=tomb

The GRA expands on its PEGI rating by explaining that “there are various death scenes in which Lara comes to gruesome ends. In one example, she falls into a pit of spikes. A spike forces its way through her temple and out the other side of her head. There is a blood splatter and she begins to slide down the spike, as the screen fades to black.” The “f” word is also used.
http://gamesratingauthority.org/GRA/

7. Other Ratings
In the US, the ESRB rates Rise of the Tomb Raider as M for Mature (http://www.esrb.org/ratings/ratings_guide.jsp), with content descriptors for blood and gore, intense violence, and strong language, as well as online interactions. The description lists the weapons available to use (“pistols, shotguns, knives, and explosives”), as well as the stealth kills (“e.g., stabbing enemies in the neck, cutting enemies’ throats, strangling”). It also adds that, “Battles can be frenetic, with realistic gunfire, cries of pain, explosions, and large splashes of blood. Some sequences show Lara getting shot, beaten, or dramatically impaled by swords/spiked traps. One area depicts a horde of corpses burned and disfigured by a fire; severed limbs and heads are occasionally shown on the ground.” Swear words in the dialogue include the “f” and “s” words.
http://www.esrb.org/ratings/Synopsis.aspx?Certificate=34057&Title=Rise%20of%20the%20Tomb%20Raider

8. Themes
Players may be concerned about Lara’s mental health as she tries to deal with people not believing what she’s gone through, grief around her father, and guilt for her past actions. It tells a coming-of-age story as Lara becomes an adult and determines her future.

9. Why people play:
These newer Tomb Raider games are for those who like the kind of spectacle found in big-budget action movies, with beautiful environments and dramatic set pieces. People also love the main character, who’s had a starring role in video games for nearly two decades now and should continue for many years to come.