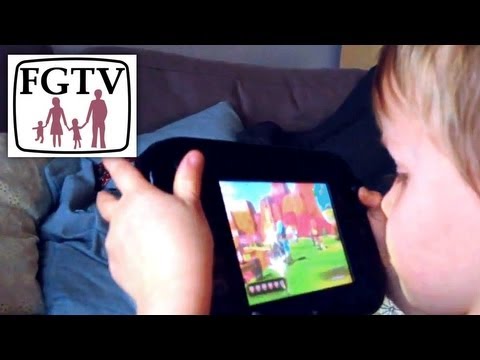 In much the same way as with Wii Sports it’s easy to overlook the importance and longevity of Nintendo Land for the Wii U. Most reviews I have read talk about it more as a tech demo than a game you would play for any length of time.
They reflect the fact that for core gamers this sort of packed-in fun is simply an exercise to show off the system’s features before moving on to more serious challenges. However, for me and my family, Nintendo Land is already outlasting and outshining many “fully fledged” experiences.
If you are still with me, let me divulge a little more context here. Although many complained about the lack of games on the Wii my family have been more than happy playing just a handful of titles. Wii-Sports Resort (and Table Tennis in particular) has literally had 1000’s of hours of game-play. Add to that Mario Charged Soccer and Go Vacation and that has been enough for six happy years with the Wii.
It’s not until you get through the first fifty hours or so with those games, like Nintendo Land, that the depth really starts to show. By focusing on a simple scenarios well executed Nintendo creates challenges that stay with families for years — particularly where multi-player is a factor.