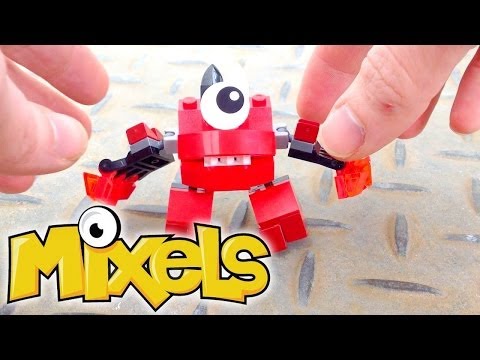 Earlier this month, the Williams family headed down to the capital for a Lego Mixels launch event at the London Eye where the kids were treated to a ride in one of the passenger capsules and a play session with the latest character building sets from Lego.

Lego Mixels are a range of unique characters that belong to one of nine tribes, each with a distinct colour and style to differentiate them. Made from Lego parts they can be combined to create a mix (combining Mixels of different tribes), max (combining Mixels of the same tribe), and murp (when a mix goes horribly wrong).

Lego Mixels is quite unique as the cartoon shorts and the toys were developed in unison, with both debuting at the same time. Supporting them on the gaming front is the Lego Mixels app, Calling All Mixels, which allows you to play with your Mixels in a virtual environment as you mix, max and murp them together to defend against the evil Nixels.

As you can see from the video, the kids had a great time building their Mixels on the London Eye, although they were a little distracted from the awesome views over London. It’s understandable though, as they think Lego have a huge hit on their hands with the Mixels; and at only £3 per character, they’re sure to be a hit with parents too!