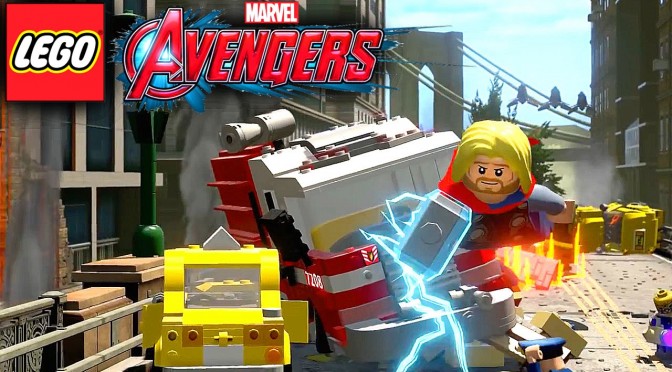 Lego games have been a longstanding feature of the video-game calendar but the combination of Lego and Marvel continues to prove popular with both comic book fans and young gamers.

Talking to Game Director, Arthur Parsons, I heard about the ambitions for the game. “This is a celebration of Avengers, the movies the comics it’s everything Avengers. Hopefully more than 150 characters. Both returning characters and those who have never been in a video game. We’ll have over 100 new characters we’ve never had.”

I asked how TT Games pick the characters to include. “We always listen, drop it in the comments of this video. We want to make the game people want to play.” He also highlighted what else has changed. “We’ve revamped the combat system to give people control of the combat. We’re teaming up in combat so all the core avengers have unique moves when working together.”

Talking about Lego Dimensions I asked whether we would see Marvel in that game. “Dimensions is great, they’ve announced all the IP [Intellectual Property] they are going to have and we are concentrating Lego Avengers. We’re having fun with our stuff and hopefully people are going to love Lego Dimensions too.”