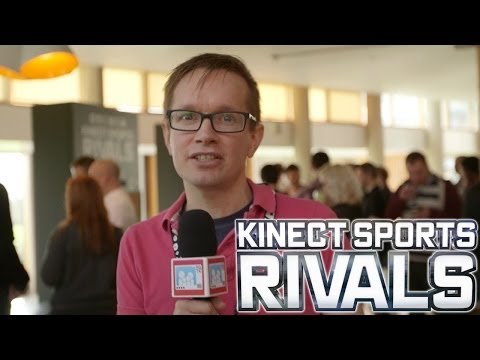 As you can see the first part of this process is to get your body and face scanned into the game. It’s all quite impressive. Just check out how friend of FamilyGamerTV, Outside Xbox’s Mike Channell, looked when scanned into Kinect Sports Rivals.