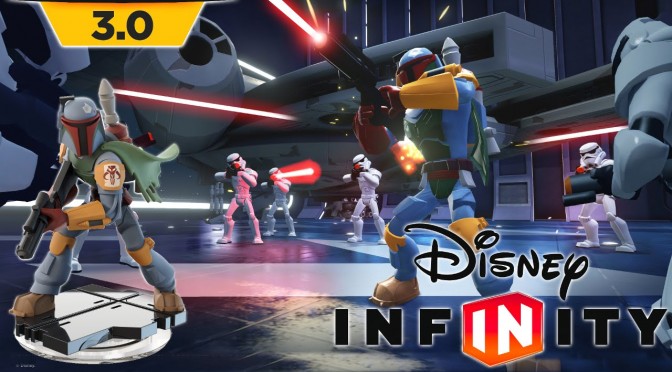 Just hours before the doors open on E3, Disney have announced a new addition to the line-up for the Rise Against the Empire play-set. This is the pack that covers Episodes IV-VI and already includes a slew of classic characters.

A new trailer for the game shows Boba Fett in action before outlining the route to purchase on day one will be with a PlayStation pre-order. This is similar to the exclusive Hulk figurine that was only available for the Marvel playset by ordering the collectors edition of the game on PlayStation.

This time round though the price of entry is more reasonable. Players simple have to order the game on PlayStation rather than any other platforms. Other platforms are likely to see the figure released in stand alone form at a later date. But certainly this does make the PlayStation route the most popular.

This pre-order route does have a down side for PlayStation owners who already have the game as they will likely choose to download the title digitally rather than purchasing the starter pack. Whether this still qualifies them for the special Boba Fett character is unclear.

It will be interesting to see if there are other exclusive characters in the other Star Wars playsets for different platforms or whether this is a one off deal with Sony. Certainly there are plenty of much requested Star Wars characters to make this possible on multiple formats.