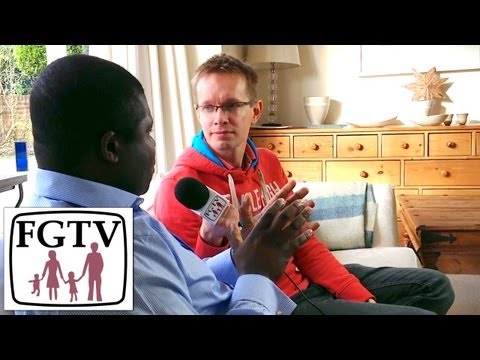 Apple Shame Unethical Mineral Supplies, Will Nintendo Do the Same?

Progress isn’t always a good thing. New consoles, gadgets and services can hold a hidden price beyond what we pay at retail.
The minerals that are used to create much of our technology are often obtained from conflict ridden parts of the world, such as the Democratic Republic of Congo, where profits potentially fund guns, crime and war.

Apple has started to publicise which of its suppliers may be sourcing minerals from conflict zones. Their list details 104 suppliers that were unverified for compliance with ethical guidelines, helping to put pressure on them to comply. It also highlights 59 smelters that were compliant.

Technology and Gaming Console firms are being pressured by human rights groups to influence suppliers to improve their ethics.
“The ethical sourcing of minerals is an important part of our mission to ensure safe and fair working conditions,” Apple wrote in its annual Supplier Responsibility Report. “In January 2014 we confirmed that all active, identified tantalum smelters in our supply chain were verified as conflict-free by third party auditors, and we’re pushing our suppliers of tin, tungsten, and gold just as hard to use verified sources.”

Bandi Mbubi, director of http://www.congocalling.org/ Congo Calling, a UK-based campaign group calling for greater transparency in the sourcing of minerals told the BBC that Apple’s announcement was to be applauded. “What we want is the whole industry to start transforming the way they do their business,” he said. “The way Apple has gone, even though it is not 100%, is something that is quite encouraging.”

Talking to us recently on the topic of conflict minerals in games consoles Mbubi suggested some positive action Nintendo gamers can take. “If you have a Nintendo console you can write to them to say I want you to only buy conflict free minerals. Then [Nintendo] will know that their consumers only want them to use conflict free materials. The more people that write to their technology company the better.”

The interview was shortly after Mbubi’s emotionally charged TEDxExeter talk that called for the audience to reassess how they chose technology. Unusually though, this was not a plea for abstinence from the tainted tech but to use it as a part of the solution, to get the message out about conflict minerals.

Intel also recently announced that it wouldn’t use conflict minerals in its microprocessors. It seems likely that companies like Nintendo (and Microsoft and Sony) will also have something to say on the matter as a law passed in 2010 gave companies until May 2014 to start reporting the source of its raw materials.

Mr Mbubi told the BBC that he hoped the moves from Apple and Intel would spark a race for other technology companies to show they too were taking action.