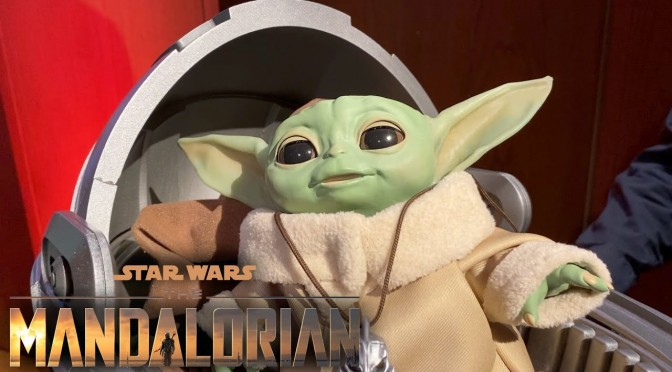 An exclusive look at the new animatronic Hasbro toys for Disney Star Wars Mandalorian. A close look at a range of Baby Yoda, The Child, toys. This includes mini-figures, poseable figures, plush, Funko Pop, animatronic Hasbro toys, Lego figurines and Lego sets. We also have a look at costumes and outfits and even a peek at the Build-a-bear version of The Child / Baby Yoda.

We also see new board games for Mandalorian including Operation and Ludo board games. Lego brought us new sets for The Mandalorian. Including the Razor Crest and Minifigure of The Child. Lego also brings Brick Heads for characters. Mattel has plush items for the show as well. 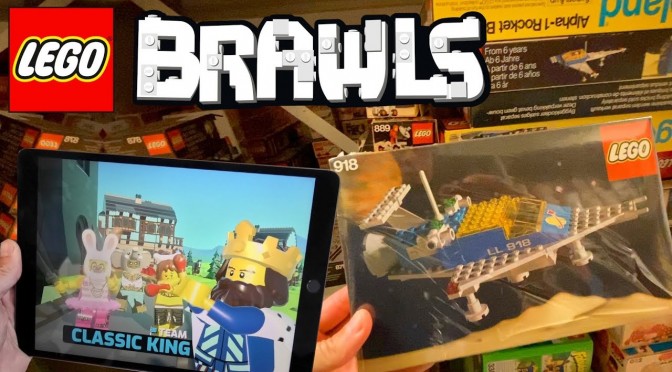 Video supported by LEGO who take us to try out LEGO Brawls and explore the underground LEGO Vault where they have EVERY SINGLE LEGO set ever released. We go looking for PJ Masks LEGO but see the first-ever Harry Potter LEGO and the first LEGO Star Wars sets.

Join us for 30 minutes of filming underground in the LEGO Vault and trying out LEGO Brawls with the other YouTubers.

Our trip doesn’t take Owlette, Gekko or Catboy this time, as we fly to Denmark to see the LEGO Brawls game and new LEGO sets. 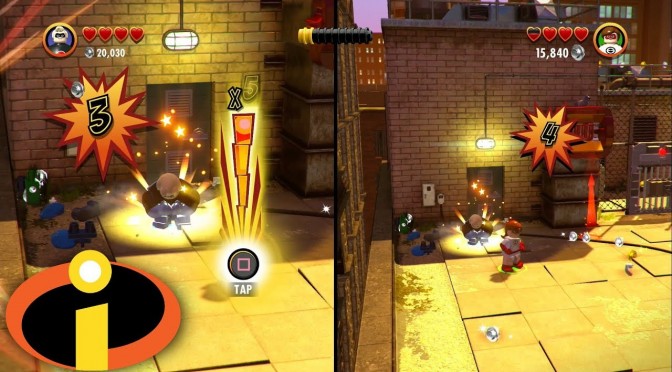 We play another LEGO Incredibles (LEGO The Incredibles) on PlayStation 4. This time it’s in co-operative mode with Bob Parr and Syndrome teaming up in the real world to control Mr Incredible and Elastagirl in the game.

This follows up our LEGO Animation, Stop Motion Animation of Mario and Mario Odyssey unboxing. 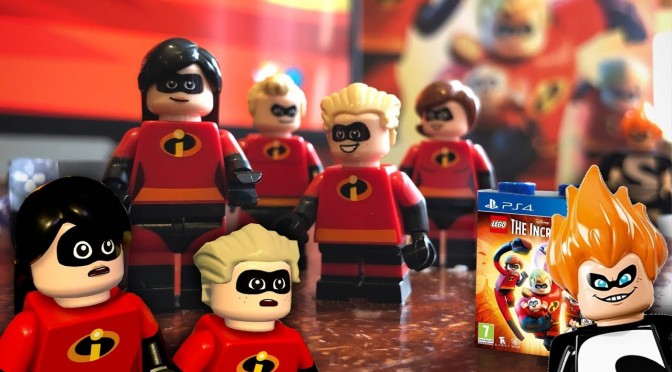 We play LEGO Incredibles (LEGO The Incredibles) on PlayStation 4, but first Mr Incredible has to defeat Syndrome who steal the game of his dreams.

This follows up our LEGO Animation, Stop Motion Animation of Mario and Mario Odyssey unboxing. 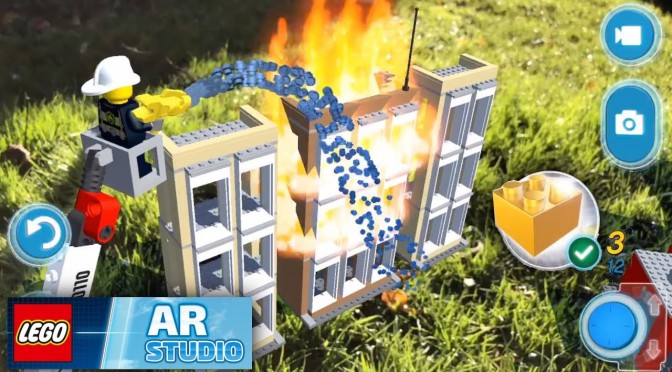 This is out sneak peek at the brand new LEGO Video-Game that uses ARKit to create an AR hunt for Gold LEGO Bricks.

This takes games like LEGO Worlds, LEGO Marvel, LEGO Dimensions and puts them in the real world, in real life (IRL).

If you report on this video please include a link or embed and let us know on twitter @FamilyGamerTV so we can share too. 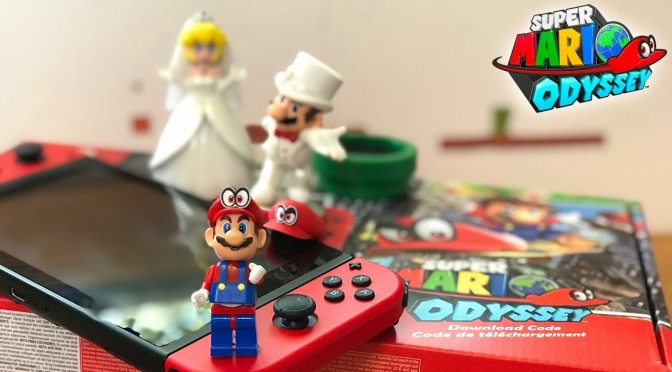 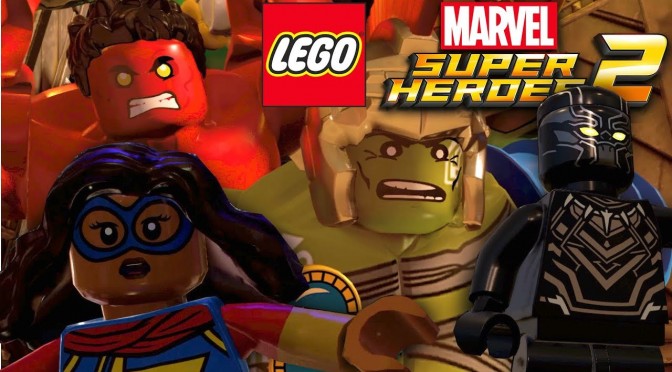 The family gets to play through a level of Lego Marvel Superheroes 2 on the Playstation 4 and while we do I interview the developer about this and the Switch and Xbox versions.

I also ask about Lego Marvel Superheroes on the Wii U and PS3, Xbox 360. This is the moment where the Lego games are moving on to these next generation consoles. 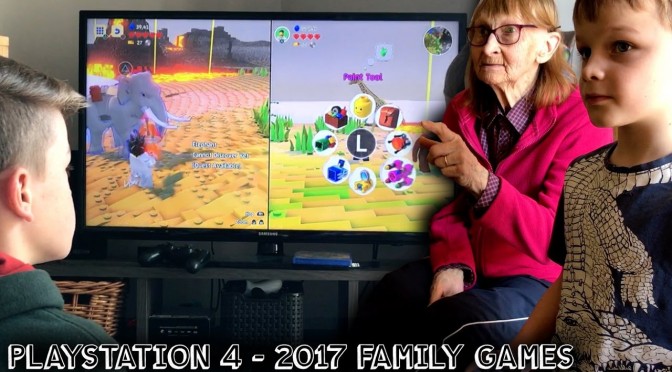 I’ve had a look through the just out and upcoming games on the PlayStation 4 to see which are best suited to families.

Lego Worlds (PEGI: 7+)
This is an open world version of the classic Lego video-games. Rather than follow a movie plot, here you explore different worlds to collect, build, create and share Lego inventions. Players of all ages make their own fun while following the loose storyline.

Yooka-Laylee (PEGI 7+)
The talent behind Banjo Kazooie and Donkey Kong Country bring us an amazing open world platform game crammed full of characters, secrets and things to collect. It’s ideal for youngsters because of the bright visuals and simple pick-up and play experience.

Crash Bandicoot N. Sane Trilogy (PEGI 3+)
Young players will enjoy the simple controls and immediate action while parents who remember the original are offered a new way to share gaming from their own childhood. If this sounds up your street then remember that you can also play as Crash Bandicoot in this year’s Skylanders Imaginators game on PlayStation 4.

Lego City Undercover (PEGI 7+)
Another Lego game set in an open world, but this time it’s back to the story driven form of more traditional Lego video-games. Players take the role of undercover cop, Chase McCain, to hunt down criminals. As they progress, a variety of moves and disguises slowly grant access to more and more of the city and with that the unfolding narrative.

Snake Pass (PEGI 3+)
This may look like any other brightly coloured puzzle game but Snake Pass has a twist in its tail. Rather than simply control the movement directly, players must use the game’s real time physics environment to really think like a snake.

If you have a PS4 Pro the game will also render in 4K Ultra High-Definition as well as offering enhanced HDR lighting on all PlayStation platforms — which means the colours should really pop off the screen.

Micro Machines World Series
The novelty here is the miniature vehicles and out-sized environments through which players race. Based on the classic games of the same name, this will pit mums, dads and children against each other in everyday locations around the home. 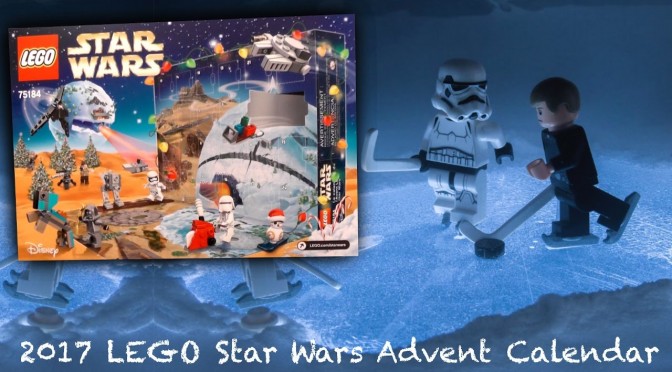 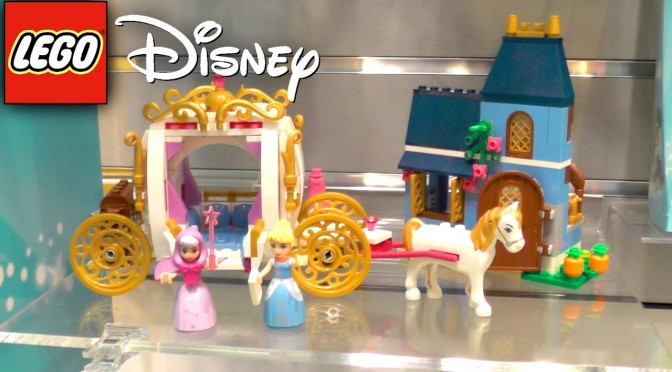 We take a longer look at this year’s LEGO Disney sets from New York Toy Fair 2017.