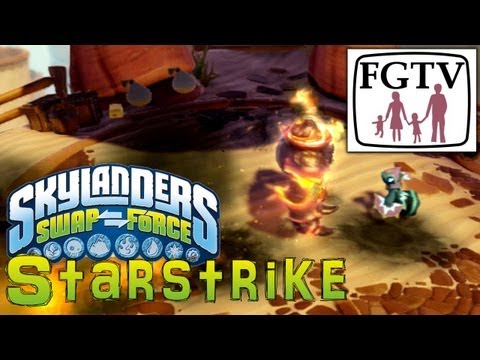 As E3 opens its doors the name and gameplay of previously leak Magic Skylanders Swap Force character is confirmed. The character is one of 16 new Core Skylanders in the new game. A female character, she has a variety of attacks. A fan ranged attack that waves projectiles at enemies as well as the ability to call down a magical attack from above.