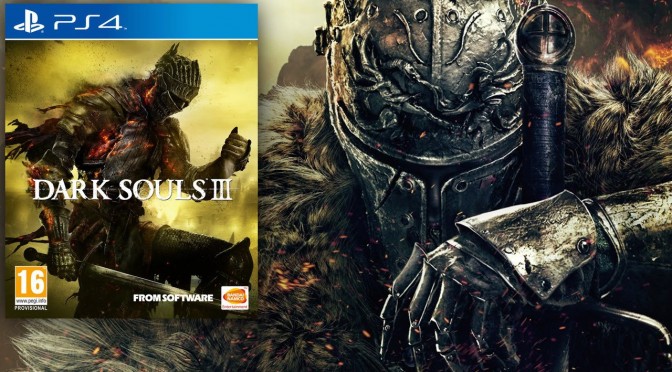 In association with the Games Rating Authority, here’s our parents’ guide to Dark Souls III.

Dark Souls 3 is an action role playing game in which the player explores a fantasy realm and engages in challenging, strategic combat with monstrous enemies.

The game is played from a third person perspective, and mainly involves combat that requires quick reactions and careful play to beat each enemy with light and heavy attacks as well as judiciously evading blows and defending yourself with a shield. Different weapons, armour and items can be used as well as character types and other customisations, allowing for a deep set of options as to how to approach combat.

Dark Souls 3 is a complex, challenging game and its online multiplayer options are similarly unusual, with special in-game items required to summon friends or strangers for co-operative play or player vs player combat, as well as the ability to leave messages in the game world for other players to find.

Dark Souls games are really only directly comparable to themselves, but as well as its two direct predecessors and Demon Souls, Dark Souls 3 comes from the same creator as recent PS4 hit Bloodborne.

2. PEGI Rating
In the UK and Europe, PEGI rates Dark Souls 3 as PEGI 16, suitable for age 16 and over, for moderate violence and sustained depictions of death.
http://www.pegi.info/en/index/global_id/505/?searchString=dark+souls+3

The Games Rating Authority expand on their PEGI details by saying that Dark Souls 3 features the player fighting ‘a host of human-like and fantasy characters’ and that ‘violence mainly consists of characters slashing each other, with swords and other close-combat weaponry, as well as magic.’ While most damage is shown by life bars decreasing, ‘blows are also met with flinches and blood effects from humans, whose dead bodies may remain in the scene and pile up.’
http://gamesratingauthority.org/pegi/search_aci.html

Dark Souls 3 is set in the Kingdom of Lothric, a dark fantasy world of restless spirits and atmospheric, fog-laden ruins. The player character is the Ashen One, an undead warrior who has risen to avert an apocalypse by destroying many enemies.

Dark Souls 3 is available for PS4, XBox One and PC for around £40 or $60, with more expensive collectors editions available. A PlayStation Plus or Xbox Live Gold account is required for online console play, and two downloadable content packs will be available for purchase later in the year.

Dark Souls 3 has at least 29 hours of gameplay in its main storyline, though as a challenging game this will be very dependent on player ability. Exploring every corner of the game will take over 50 hours, with hardcore souls fanatics digging into the possibilities of the game for even longer.

The Souls series never makes its themes explicit, instead working in imagery and mood. Lothric is a mournful place of shadows and ashes where lumbering knights patrol the depths of long-forgotten ruins, rousing themselves only to lash out at any interloper. In such a relentlessly hostile world life is hard and either short or, potentially more worryingly, never-ending. While it never has much to directly say about itself, this is a game where, if you persevere to explore its secrets, you’ll be left with an unsettling mood and many lingering questions.

8. Why people play:
Dark Souls 3, as with previous installments, is a game that actively fights the player. The story is opaque, combat is a struggle of experimentation and repetition, and even some of the game’s mechanics, like summoning other players, are secrets that need to be found and interpreted. For those willing to commit themselves and feel the satisfaction of tough challenges overcome, this is a game to sink into for many hours. For players with less time and attention to spare, the most memorable violence they encounter with Dark Souls 3 may be throwing a controller at the wall in frustration.