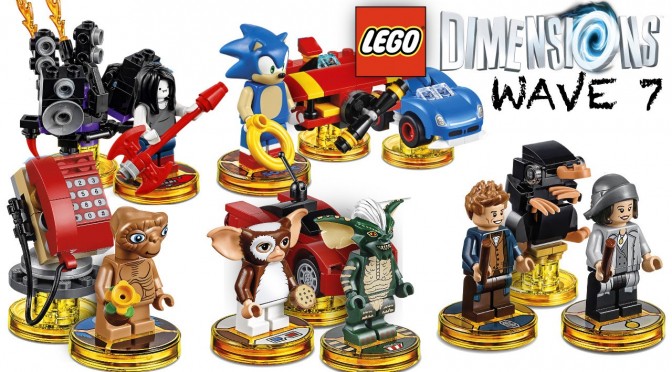 We take a close look at what each of the Lego Dimension Wave 7 packs actually offer in terms of value, abilities, Lego Minifigures and Adventure Worlds.

Official blurb:
“Warner Bros. Interactive Entertainment today at San Diego Comic-Con revealed details around six highly collectable expansion packs for LEGO Dimensions, the LEGO toy and videogame hybrid, that will be available in the Wave 7 product release on November 18, 2016. Led by the Fantastic Beasts and Where to Find Them Story Pack and the Sonic The Hedgehog Level Pack, the new packs broaden the selection of the world’s most popular entertainment brands allowing players to customize their experience by mixing and matching favorite characters and universes with full compatibility. LEGO minifigures included in all of the wave 6-9 expansion packs will come with special, golden Toy Tags which unlock a Battle Arena within the Adventure World of the corresponding entertainment brand. All-new Battle Arenas will offer first-to-LEGO videogames competitive split-screen local gameplay for up to four players. Each Battle Arena has four gameplay modes and comes with its own traps, special powers and interactive environments that make every battle arena unique.”