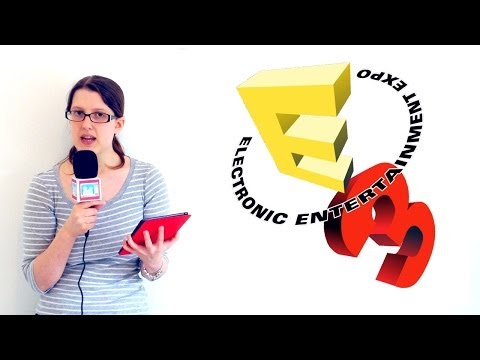 E3 stands for the Electronic Entertainment Expo, and is a huge trade show at which companies can show off their upcoming products.

The games on show at E3 will appear on the future wish lists of players everywhere, so parents of children who play games might want to keep an eye out for what’s being touted as the next must-have game or even console.

Perhaps the biggest family games that we know will be on show at E3 this year are the next Skylanders and Disney Infinity games.
Skylanders: Trap Team is the fourth main game in the Skylanders series, and consists of a new adventure with plenty of new figurines to collect.

At E3 we can expect to see more of the new characters revealed: the new Trap Masters as well as new playable villains, other new regular Skylanders, and reposed versions of Skylanders from previous games. There are still rumours of vehicles too so watch out for those.

Disney Infinity 2.0 Edition — Marvel Super Heroes is the second Disney Infinity game, a new collection of adventures and the more free-play Toy Box mode with a focus on Marvel characters. We’ve seen the likes of Iron Man and Black Widow already, but the trailer also featured non-Marvel characters that didn’t appear in the first game, like Stitch.

At E3 we can expect further confirmation of which characters players will be able to buy, and perhaps an alternative starter pack to the Avengers one that we’ve already seen. We know that Maleficent and Merida will be in the game, there are rumours of Donald Duck, Tinkerbell, Big Hero 6, Stitch, Spider-Man, Venom, Iron Fist, and the Guardians of the Galaxy, so we may see some of those.

Nintendo recently announced its own intention to move into the physical toys space occupied by Skylanders and Disney Infinity with its Nintendo Figurine Platform, though its figurines of characters like Mario will be compatible with multiple games.

Of course, we can also expect to see more on games that have already been announced: the new Zelda game and Yarn Yoshi for the Wii U, Pokemon Omega Ruby/Alpha Sapphire and Pokemon Art Academy for the 3DS, and Sonic Boom and Super Smash Bros. for both consoles.

Sony should have plenty of PS4 games to talk about. Most of its big-budget games will likely be mature games, and we’re particularly interested in Uncharted 4 — rumoured to be called Uncharted 4: Sunken Blade — and whatever new Vita game is coming from Bend Studio, who made Uncharted: Golden Abyss (we’re hoping for another collaboration with Naughty Dog, maybe even a portable The Last of Us). The Last of Us: Remastered, the PS4 version of The Last of Us, is due out soon so we’ll probably see more of that.

Families should check out Hohokum, Fez, and The Witness. Of course, we’ll be particularly interested to see the long-awaited Minecraft: PS4 Edition, as well as the portable Vita version, both of which should be available in August.

Microsoft might not have announced its own virtual-reality headset, but it is doing interesting things with the likes of the motion- and voice-controlled Kinect, and the SmartGlass technology that connects your Xbox One or Xbox 360 with a smartphone or tablet.

Project Spark is particularly interesting: a toolset that allows players to make their own games, controllable with Kinect or SmartGlass as well as a normal controller.

Microsoft might have recently announced that it would allow people to buy the Xbox One without Kinect, but the motion controller is still relevant to a lot of families for more active games like the upcoming Fantasia: Music Evolved, which should also be at E3.

As for more traditional games, Fable Legends is an upcoming Xbox One exclusive that will likely have a PEGI 15 rating but should be interesting to older players and their families because of its four-player co-op. Sunset Overdrive, also for Xbox One, might be a shooter but it’s cartoony and has mutant rather than human enemies, and is from the studio behind the popular PEGI 3/7 Ratchet & Clank games.

Microsoft also recently confirmed Forza Horizon 2 for the Xbox One and Xbox 360; the original Forza Horizon was a PEGI 12 game that did well in the charts long after it came out, so hopefully this sequel will similarly help the sparse PEGI 12 category.

The Sims 4, the next game in the best-selling PC franchise ever. The Sims 3 came out in 2009, so fans have been waiting for this sequel for a long time. The game is due out later this year, and we can expect to hear a firm release date at E3, but we haven’t seen much of it yet besides a couple of recent videos about the tools for creating Sims and building houses. Hopefully we’ll get to see more on what it’s like to actually play as those Sims, including the new emotions system.