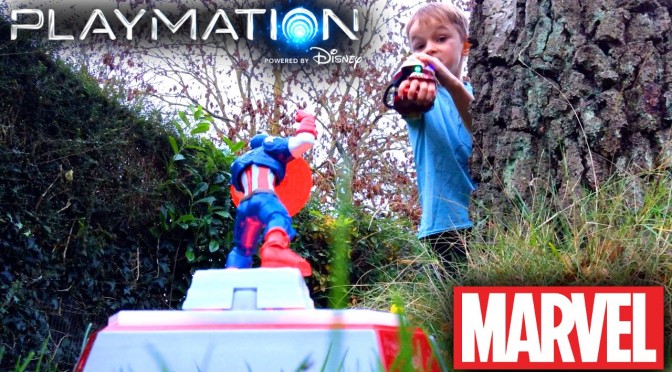 Disney Playmation gives toys the power back with a connected wearable experience that triggers imagination and active play.

The last four years toys have been bringing their goods to video-games with the likes of Skylanders, Disney Infinity and Lego Dimensions leveraging physical playthings for on-screen action. PlayMation reverses this exchange with impressive results.

The Starter Pack ($119.99) comes with a arm-mounted Repulsor Cannon that acts as your interface to the imaginary Marvel world. Through its speaker players are instructed on each mission along with sound effects and high quality voice acting.

They run, jump, hide and shoot various targets to progress the adventure all the while being tracked by the gear’s accelerators. While you play the tech vibrates and lights up to let you know how you are doing, and then at the end you are awarded points and upgrades.

It sounds and feels like a video-game to play, but rather than sedentary screen gazing the player is super active as they must jump around to avoid being shot, or dive behind a sofa to escape enemy fire. Once the the sound of blaster fire has subsided they can poke their heads up and shoot out the remaining foes.