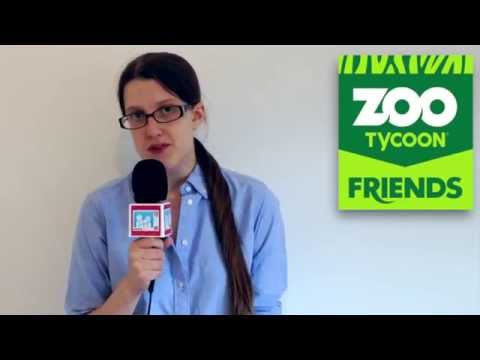 We’ve got some breaking news from the Develop Conference in Brighton, as Microsoft Studios and Behaviour Interactive – the studio behind licensed games like Ice Age: Continental Drift and Brave: The Video Game – have just announced a new Zoo Tycoon game. Zoo Tycoon Friends will be cross-platform, releasing on Windows 8 and Windows Phone, with player progress synched across any compatible PCs, tablets, and phones they might have.

Like the old Zoo Tycoon series for PC (2001, 2004) and the more recent Zoo Tycoon on Xbox 360 and Xbox One (2013), Friends is a zoo management game, but is more similar to the Xbox versions in the extent to which it lets the player interact with the animals. You still play manager, choosing which of the more than 40 species to adopt, constructing different habitats for them, and filling your zoo with concessions and decorations to please the guests. But you can also feed the animals yourself, play with them, and heal them when they’re unwell.

One of the most interesting features of the Xbox One version of Zoo Tycoon was the ability to interact with the animals through Kinect, which gave the option to use voice control but also gave a sense that the beautiful creatures, so used to being looked at, could look right back at you. It’s one of the reasons the game is great for families.

The Xbox version also gave players some option to interact with the game through touch, with SmartGlass letting you access stats about your zoo that update in real time on your smart device, but Zoo Tycoon Friends will have full touch controls. Windows 8 can respond to keyboard and mouse or to touch, and that version of the game will react to whichever input is used. Given that young kids will undoubtedly be attracted to the game with its colourful graphics and baby animals, the focus on intuitive controls is great news for families.

Also good news for families, especially given that the game is available on multiple devices, is the price. Like many other popular smart device games at the moment, Zoo Tycoon Friends will be free to play, which means that you’ll be able to download and play the game for free and (it we suspect) will only need to pay for any extra content you might want.

From the look of the trailer, that might include purchasable boosts that decrease or eliminate waiting times in the game. Parents may want to turn off in-App purchasing, or discuss with their child a set amount of money that they are willing to contribute for things like the purchase of new breeds of animals (perhaps the amount they would have been willing to pay for the game if it wasn’t free), but we’ll know more about what in-App purchases are included in the game when it comes out this summer.

Subscribe to the Family Gamer TV channel for more information about Zoo Tycoon Friends as we get it, and a review of the game when it comes out, which should be in the next couple of months.