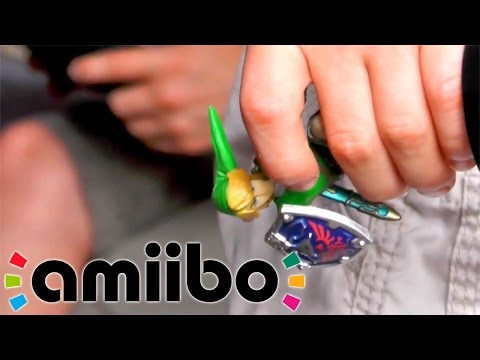 He tries out amiibo and Super Smash Bros. with us first hand. Really interesting to see the game from a toy expert’s perspective and Nige highlighted lots of important aspects about Amiibo you really shouldn’t miss.

After talking it through we go head to head against each other in a Super Smash Bros. smack down. We won’t tell you who one and spoil the video, but let’s just say it got messy, very messy.

“With Skylanders or Disney Infinity it’s just one game. You know that amiibo it’s not finished once you’re done with Super Smash Bros. It’s got longevity to it that all parents want.”

“I can see kids getting their amiibo and leveling up so its super super super hard. So they are 12 years old and they’re like I’ve had my Mario for 5 years, you can’t touch this Mario — he’s the king of Marios. Yes I like that.”

“You’ve already got the NFC peripheral, bonus. It means there’s big plans for these if they are building it into the new 3DS, these are going to be around for a long time. They’ve backed it.”