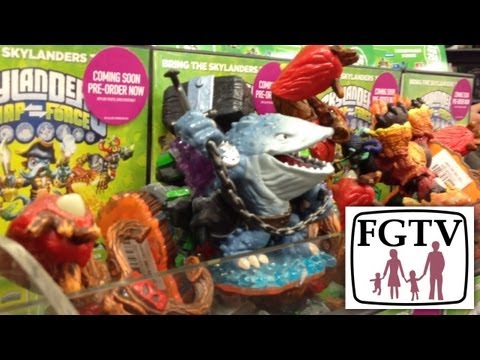 We talk to Roland Rogers from video-game retail. As Swap Force gets closer to release what is it like to work in the retail game-toy industry?
The new portal is a sticking point for some, as it understanding how the new game works with the Swap Force figures. He also talks about how to change ownership of figures for Swap Force and for Infinity.
We also talk about Disney Infinity and how it compares in terms of sales and features. In particular we look at the Wii version and differences there. On Swap Force it sounds like it’s PS3 that’s becoming a lead platform for pre-orders.