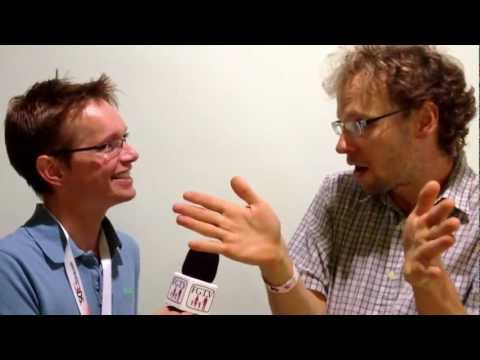 We catch indie game creator Chris Hecker at E3 to talk about his new game SpyParty. He talks about being approached by Nintendo to bring it to the Wii U and the other platforms he has designs on for Spy Party (360/PS3/Wii/PC/Mac). He talks intriguingly about the lack of maturity in games design in general and how to escape this pitfall.
He tells us how SpyParty will be the most diverse videogame ever created and how it’s not violence but the threat of violence that drives the player here. All this and we get to hear about his sniper-shot sensitive family.