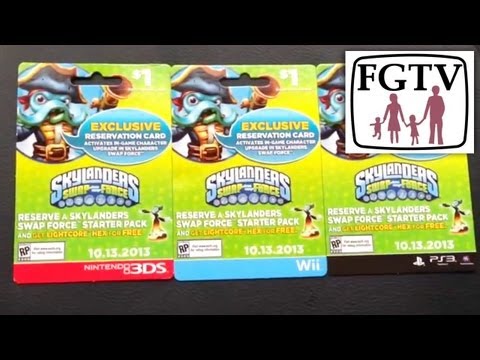 We talk about pre-order plans as Skylanders Swap Force approaches. Where to get the best pre-order deals. Pre-order unlock cards, Lightcore Hex pre-order exclusives.
We also compare these to the pre-order deals we had back on Skylanders Giants. Glow in the dark Cynder and Portal was exclusive at Game in the UK. Then there was the glow in the dark Fright Rider in Argos UK. The 12GB PS3 Skylanders Giants pack also offered the exclusive Gnarly Treerex, that was also seen in the Wii pack in the US.
Roland suggests using the Dark Spryo forum to find collectors in different territories to swap figures with.