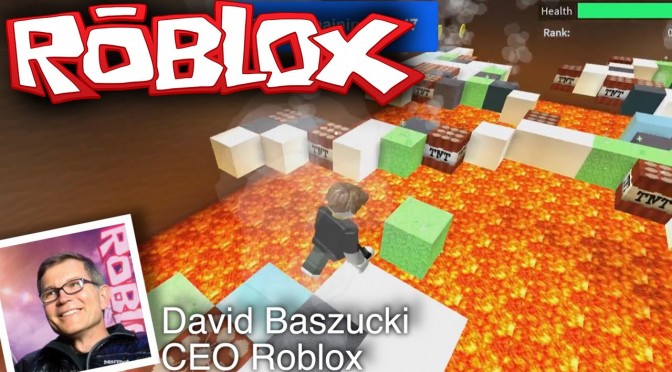 spoke to CEO and Founder, David Baszucki, about the thinking behind the new move. What is Roblox in a nutshell? “Roblox is a platform where 7 million people a month come to play games created by the community. It can be played on PC, Mac or tablet and now we are excited to have announced for Xbox One as well.”

Was there a reason for choosing Xbox over PlayStation or Nintendo? “We’ve had a long relationship with Microsoft. So we’re launching on Xbox One with 15 titles especially good for the Xbox.”

This looks similar to Disney Infinity in its cross platform game development? “Compared to Disney Infinity’s toy box there’s a [greater] depth to creation in Robolox. Everything in Roblox from the high level game play to the individual assets are created by the community. It’s not a hybrid as part of a more core product like Disney Infinity.”

It’s a free game, but there are in-app purchases? “Creators on Roblox are the people who power monetization. Take Bird Simulator for instance, if you want to be an eagle that’s where you’ll use virtual currency — something figured out by the developer themselves.”

“Top developers on Roblox can cash out virutal currency and use it to fund college. Some earn over $20,000 a month.”

Although no final date confirmed Roblox is expected to arrive in December on Xbox One.