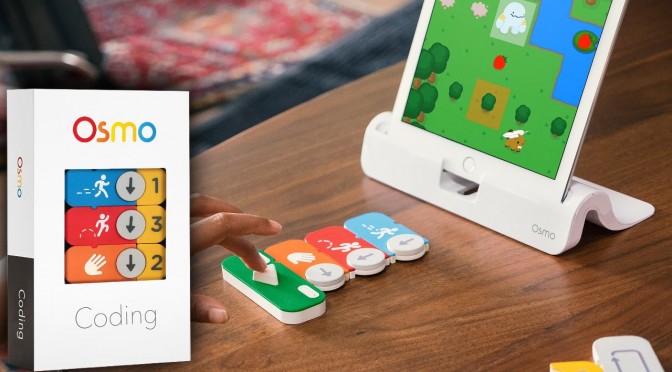 We talk to Pramod Sharma, CEO of Osmo.

“It’s very similar to building with Lego. Try to make the language of coding to be the most natural form that kids can easily grasp.”

“Osmo is creating a new medium for children to learn, explore and grow. The journey involves building a strong business and amazing content.”

“We are going to launch quite a few new games the rest of this year and we are growing. We have an international team, France, Canada, US this helps us to build things that are language and culture agnostic.”

I talk to Pramod Sharma the CEO of Osmo to hear about his new game, Osmo Coding.

The game is for children 5-12 years old and can be used with the existing Osmo game system. The game pairs Osmo’s first character, Awbie, with the company’s Reflective AI technology to unleash coding from a digital environment and put computer science in children’s hands.

The game taps the knowledge and experience of Osmo’s team of former Google software engineers who were responsible for writing more than 10 million lines of code for products like Google Search, Docs and Chrome. The physical design of the coding blocks in Osmo Coding is the work of a 23-year-old, female industrial engineer who might just be the youngest person to ever launch a physical product in the Apple Retail Stores.

This uses the same technology as other Osmo titles. The reflective AI technology allows an iPad to “see” objects in front of it, so children can play in the real world while still benefiting from the power of technology.

Osmo Coding uses crafted blocks that snap together in front of an iPad and are interpreted as instructions that guide AwbieTM on a journey to finding yummy strawberries in her magical world.

Previous Osmo games include Words, Newton Tangram, Masterpiece and Numbers, which reinvigorated spelling, physics spatial reasoning, drawing and math, respectively. The company’s dedication to creating educational, elegant and fun activities that bridge physical and digital worlds made it one of Time Magazine’s 25 Best Inventions of 2014 and it continues to be a favorite of teachers, parents and kids alike.